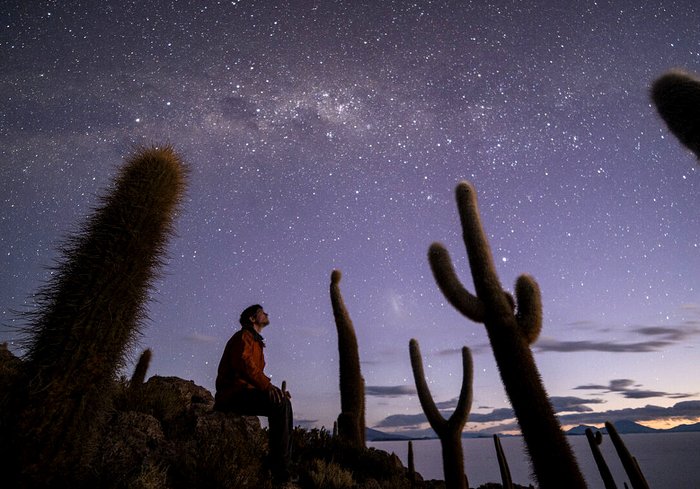 Jordi Busqué is a photojournalist, astrophysicist and science communicator from Barcelona who divides his time between photojournalism and science photography. He specialises in stories about vanishing cultures and social changes happening in Latin America, mostly in Bolivia, Peru and Chile. Prior to his career in photography, he worked as an astrophysicist at the University of Barcelona and the Institute of Astrophysics in Paris. He now communicates the importance of astronomy and the sciences in general through his photographs and texts, at the same time raising awareness of the problem of light pollution.