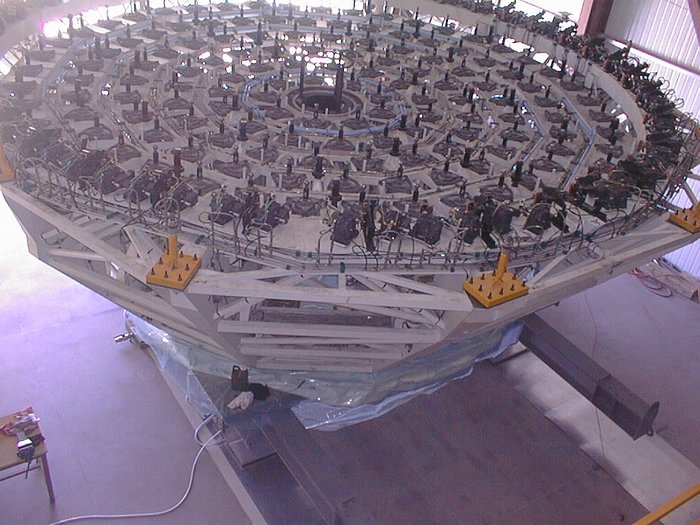 Later, the mirror cell is moved into the MMB, by means of the air cushion transport system that moves on two tracks (these are also well seen on ESO Press Photo 24e-97). The cell is placed under the mirror which will thereafter be lowered onto the computer controlled supports in the cell, well seen on this photo.