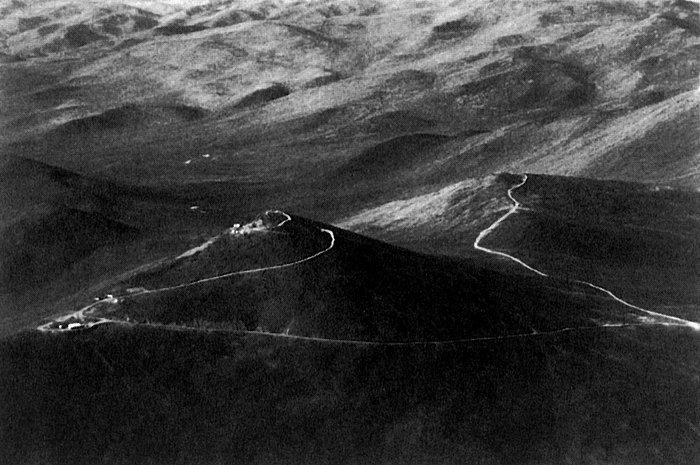 Cerro Paranal, 2664 metres above sea level, is one of the highest summits in the coastal Cordillera of the Atacama desert. It is located in one of the driest regions of the world, about 130 kilometres south of the city of Antofagasta. It will become the site of the largest optical telescope in the world, the ESO 16-metre equivalent Very Large Telescope (VLT). The preparations will start in 1991 and it is expected that the installation of the four 8.2 metre unit telescopes of the VLT on Paranal will have been completed in 1999.