The great white spot on Saturn 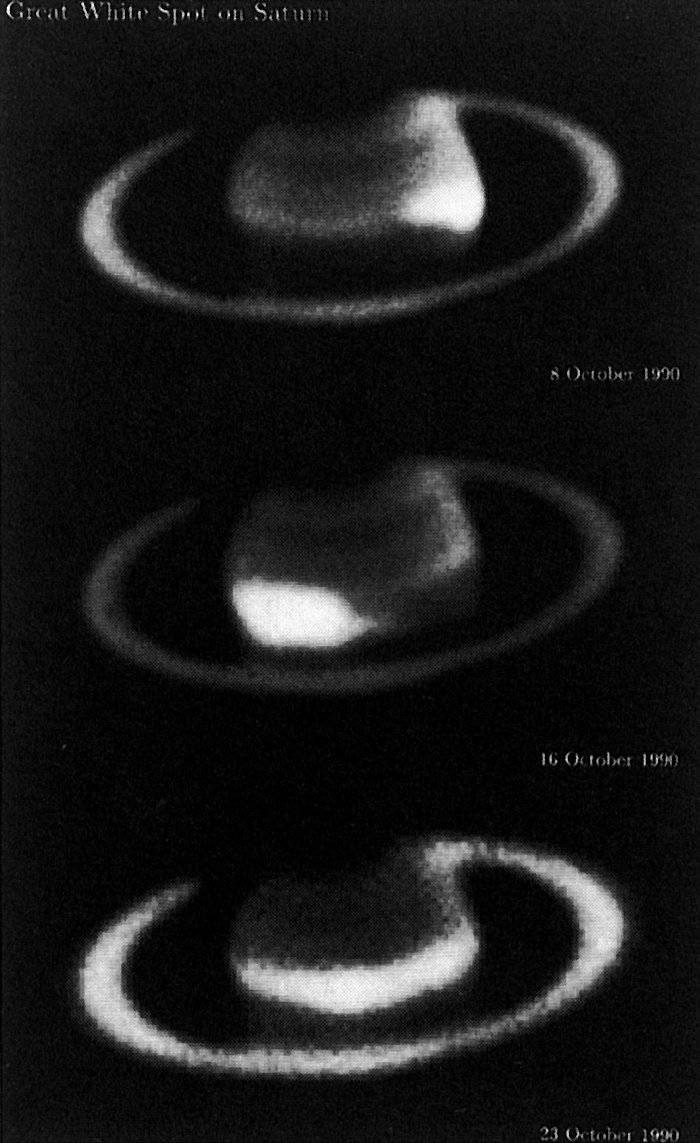 The Great White Spot on Saturn. This series of three exposures from the ESO La Silla Observatory was made in the course of the study of the newly detected spot in the northern hemisphere of the giant planet Saturn. It shows the development of the spot over a period of two weeks. Between October 8 and 16, the spot grew significantly in size; it became longer and probably also brighter. After October 16, it rapidly expanded to reach all the way around the equator of the planet. The images were made in blue light in mediocre seeing conditions with three different instruments, all equipped with CCD detectors.