Thermal images of Neptune taken between 2006 and 2020 (different layout) 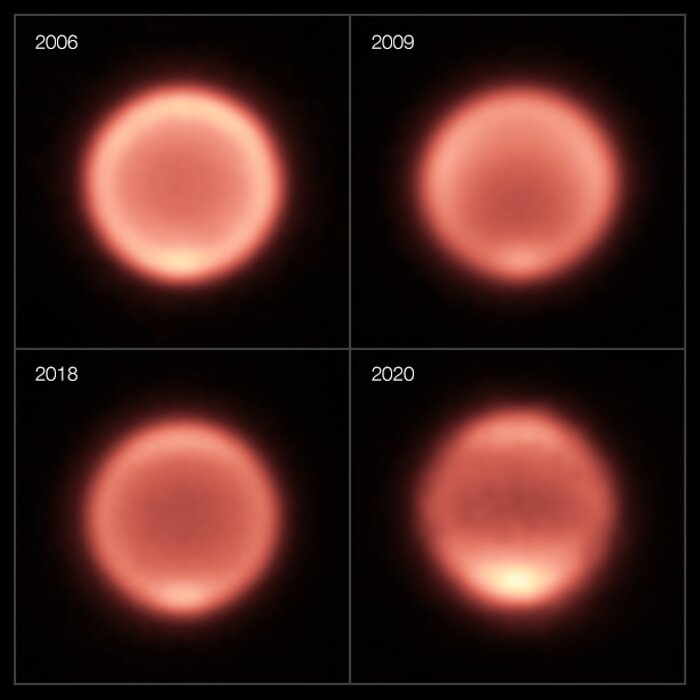 This composite shows thermal images of Neptune taken between 2006 and 2020. The first three images (2006, 2009, 2018) were taken with the VISIR instrument on ESO’s Very Large Telescope while the 2020 image was captured by the COMICS instrument on the Subaru Telescope (VISIR wasn’t in operation in mid-late 2020 because of the pandemic). After the planet’s gradual cooling, the south pole appears to have become dramatically warmer in the past few years, as shown by a bright spot at the bottom of Neptune in the images from 2018 and 2020.