The faint red glow of a rogue planet 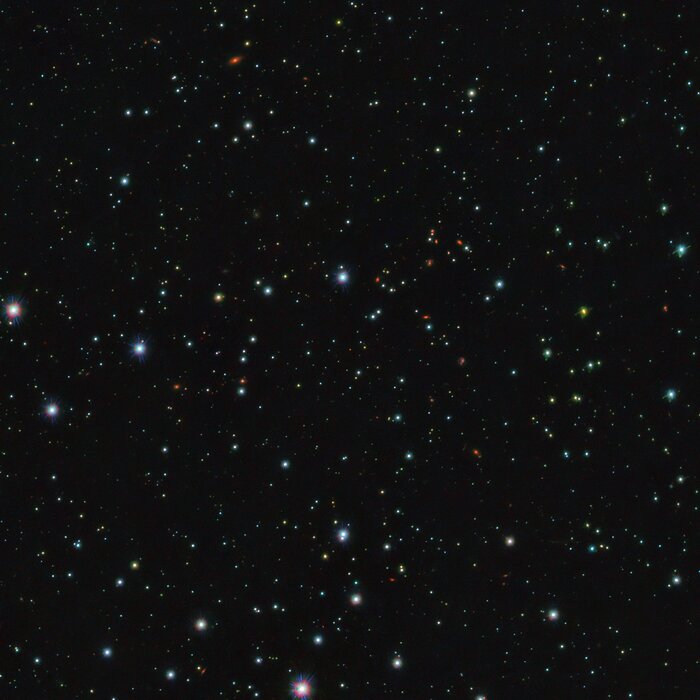 This image shows a small area of the sky in the direction of the region occupied by Upper Scorpius and Ophiucus. It zooms in on a recently discovered rogue planet, meaning a planet that does not orbit a star but instead roams freely on its own. The rogue planet is the tiny, bright red dot at the very centre of the image.

The image was created by combining data from the OmegaCam instrument on VLT Survey Telescope (VST) and from the VIRCAM instrument on the Visible and Infrared Survey Telescope for Astronomy (VISTA), both located at ESO’s Paranal Observatory in Chile. Observations with these and other instruments helped the scientists tell the planets apart from stars, brown dwarfs and other objects in this region of the sky.

Lurking far away from any star illuminating them, rogue planets would normally be impossible to image, but shortly after formation they emit a faint glow that can be detected by sensitive cameras on powerful telescopes.