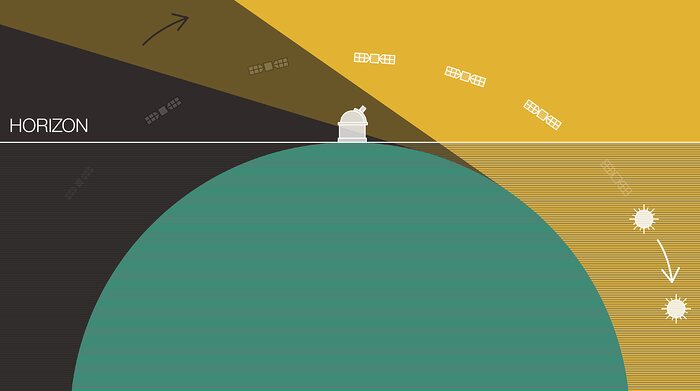 This 2D diagram illustrates that an observer at mid-latitude would see only a fraction of the constellation satellites orbiting the Earth. To be visible, satellites need to be above the observer’s horizon and be illuminated by the Sun. Most satellites would be below the horizon and/or hidden by the Earth’s shadow which, for a given observer, covers increasingly more of the sky as night advances.