The edge of totality 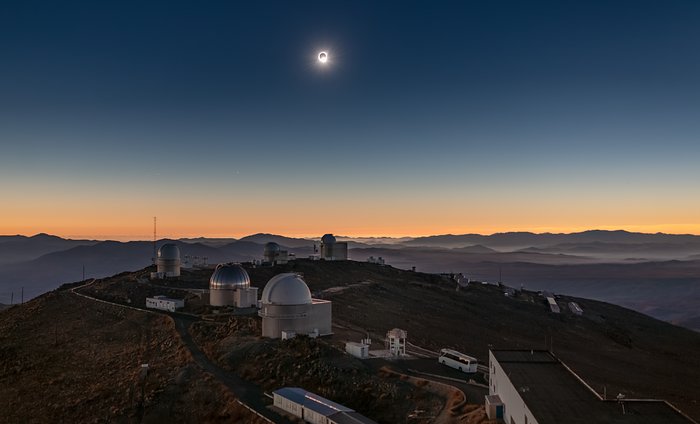 An image of the Sun during the total solar eclipse visible from ESO's La Silla Observatory on 2 July 2019 at the moment when most of its face is occulted by the moon. The eclipse lasted roughly two and a half hours, with almost two minutes of totality, and was visible across a narrow band of Chile and Argentina. To celebrate this rare event ESO invited 1000 people, including dignitaries, school children, the media, researchers, and the general public, to come to the Observatory to watch the eclipse from this unique location.