HR 8799 in the constellation Pegasus 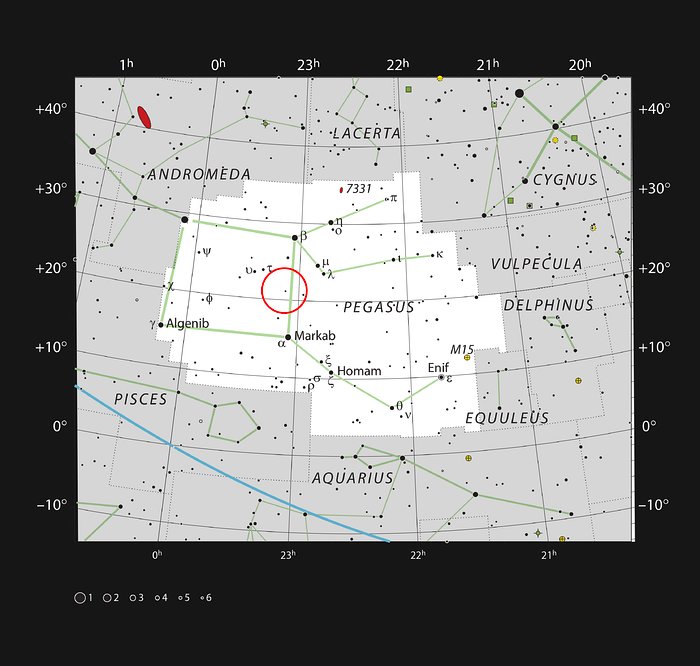 This chart shows the constellation of Pegasus, which depicts a winged horse from Greek mythology. The chart shows the location of HR8799 and marks most of the stars visible to the unaided eye on a clear dark night. The constellation is familiar to stargazers as it contains three of the four stars that make up the bright asterism known as the Square of Pegasus, used to locate various objects in the sky. The constellation also contains multiple deep-sky objects of interest to astronomers, including the gravitationally lensed quasar known as Einstein’s Cross.