Artist’s impression of a starburst galaxy 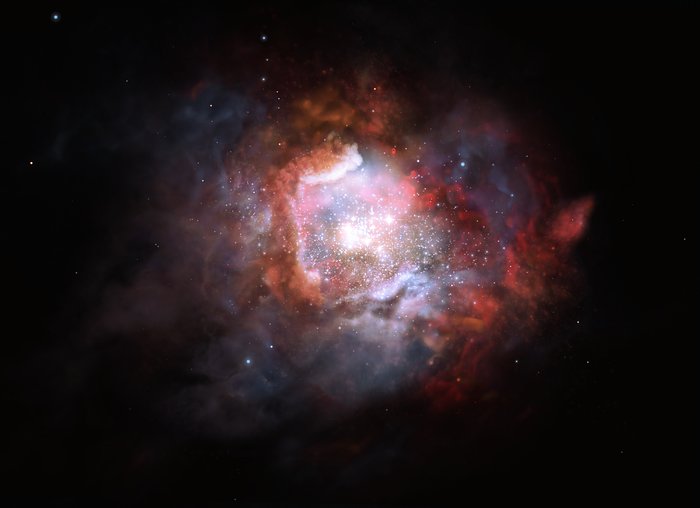 This kind of galaxy is typically forming stars at such a high rate that astronomers often refer to them as “starbursts”. They can form up to 1000 times more stars per year, compared to the Milky Way. Thanks to the unique capabilities of ALMA, astronomers have been able to measure the proportion of high-mass stars in such starburst galaxies.