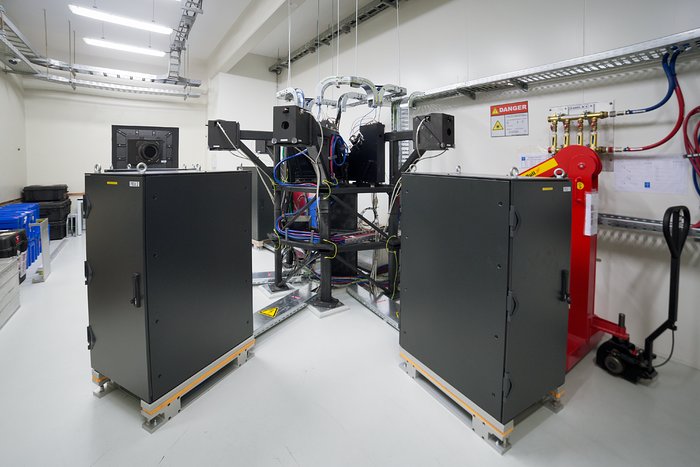 The Echelle SPectrograph for Rocky Exoplanet and Stable Spectroscopic Observations (ESPRESSO) successfully made its first observations in November 2017. Installed on ESO’s Very Large Telescope (VLT) in Chile, ESPRESSO will search for exoplanets with unprecedented precision by looking at the minuscule changes in the properties of light coming from their host stars. For the first time ever, an instrument will be able to sum up the light from all four VLT telescopes and achieve the light collecting power of a 16-metre telescope.

This picture shows the room where the light beams coming from the four VLT Unit Telescopes are brought together and fed into fibres, which in turn deliver the light to the spectrograph itself in another room. One of the points where the light enters the room appears at the back of this picture.