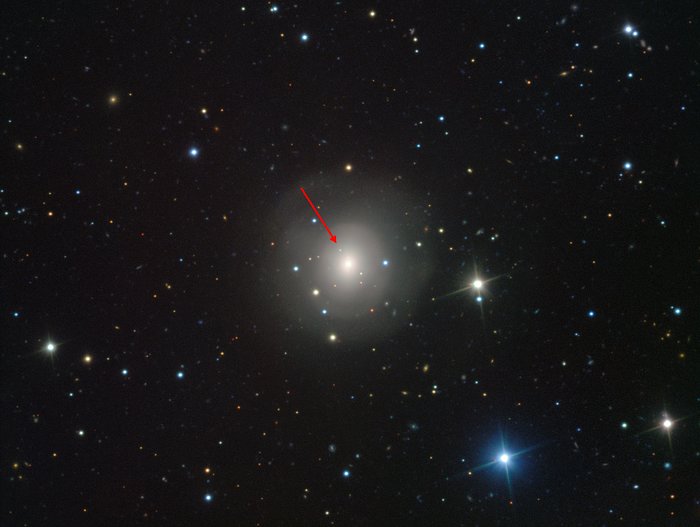 This image from the VIMOS instrument on ESO’s Very Large Telescope at the Paranal Observatory in Chile shows the galaxy NGC 4993, about 130 million light-years from Earth. The galaxy is not itself unusual, but it contains something never before witnessed, the aftermath of the explosion of a pair of merging neutron stars, a rare event called a kilonova (indicated with the arrow). This merger also produced gravitational waves and gamma rays, both of which were detected by LIGO–Virgo and Fermi/INTEGRAL respectively.