MUSE image of the Saturn Nebula 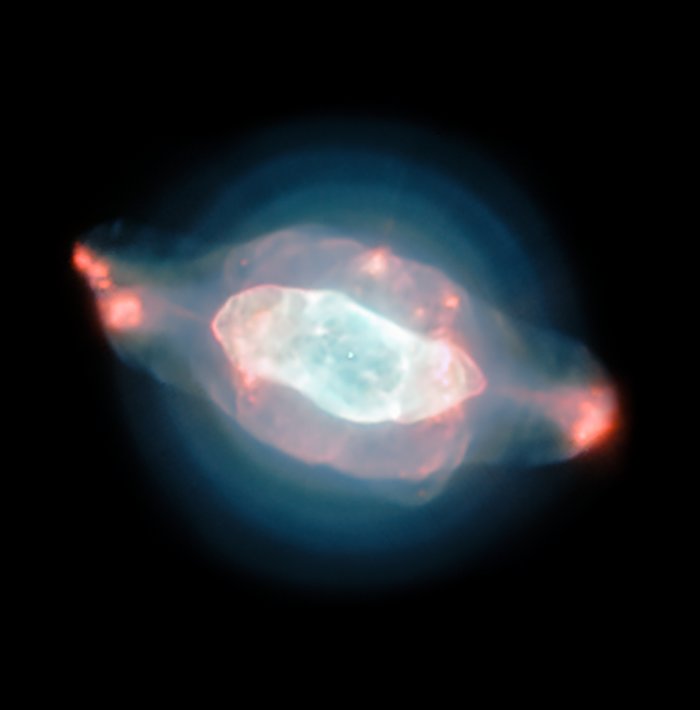 The spectacular planetary nebula NGC 7009, or the Saturn Nebula, emerges from the darkness like a series of oddly-shaped bubbles, lit up in glorious pinks and blues. This colourful image was captured by the powerful MUSE instrument on ESO’s Very Large Telescope (VLT), as part of a study which mapped the dust inside a planetary nebula for the first time.