The orbits of the seven planets around TRAPPIST-1 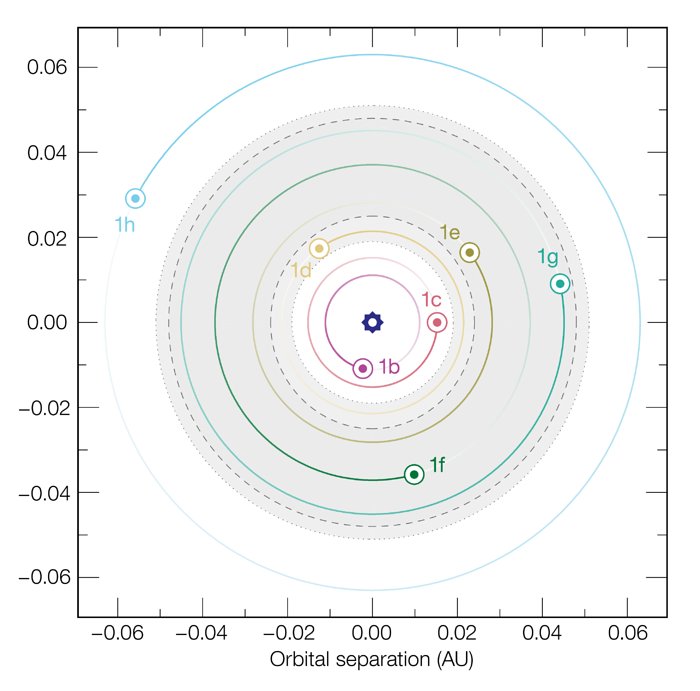 This diagram shows the relative sizes of the orbits of the seven planets orbiting the ultracool dwarf star TRAPPIST-1. The shaded area shows the extent of the habitable zone, where oceans of liquid water could exist on the planets. The orbit of the outermost planet, TRAPPIST-1h, is not well known at present. The dotted lines show alternative limits to the habitable zone based on different theoretical assumptions.