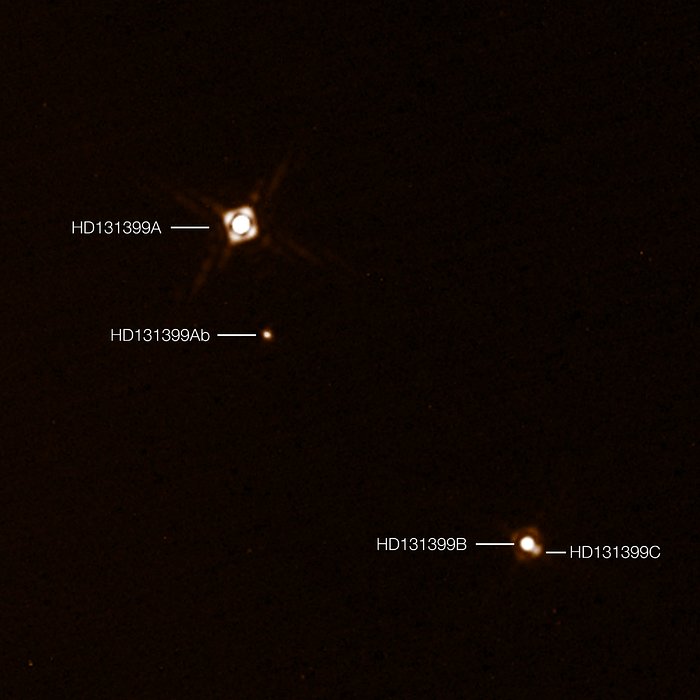 This annotated composite image shows the newly discovered exoplanet HD 131399Ab in the triple-star system HD 131399. The image of the planet was obtained with the SPHERE imager on the ESO Very Large Telescope in Chile. This is the first exoplanet to be discovered by SPHERE and one of very few directly-imaged planets. With a temperature of around 580 degrees Celsius and an estimated mass of four Jupiter masses, it is also one of the coldest and least massive directly-imaged exoplanets.

This picture was created from two separate SPHERE observations: one to image the three stars and one to detect the faint planet. The planet appears vastly brighter in this image than in would in reality in comparison to the stars.

Edit (19 April 2022): Observations conducted over the past few years have revealed that the object identified as HD 131399Ab is not a planet, but rather a background star.