The centre of the Milky Way 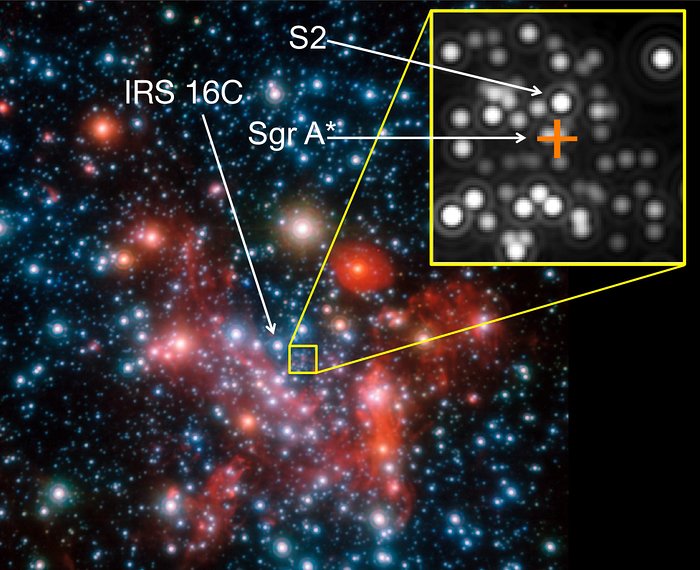 Image of the galactic centre. For the interferometric GRAVITY observations the star IRS 16C was used as a reference star, the actual target was the star S2. The position of the centre, which harbours the (invisible) black hole known as Sgr A*,with 4 million solar masses, is marked by the orange cross.