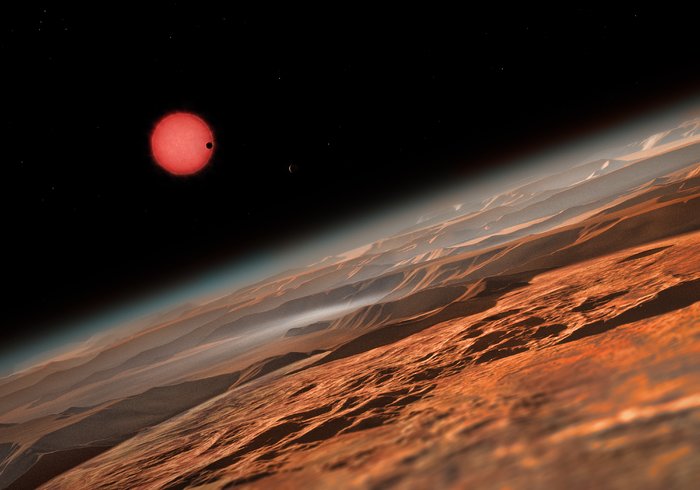 This artist’s impression shows an imagined view from close to one of the three planets orbiting an ultracool dwarf star just 40 light-years from Earth that were discovered using the TRAPPIST telescope at ESO’s La Silla Observatory. These worlds have sizes and temperatures similar to those of Venus and Earth and are the best targets found so far for the search for life outside the Solar System. They are the first planets ever discovered around such a tiny and dim star.

In this view one of the inner planets is seen in transit across the disc of its tiny and dim parent star.