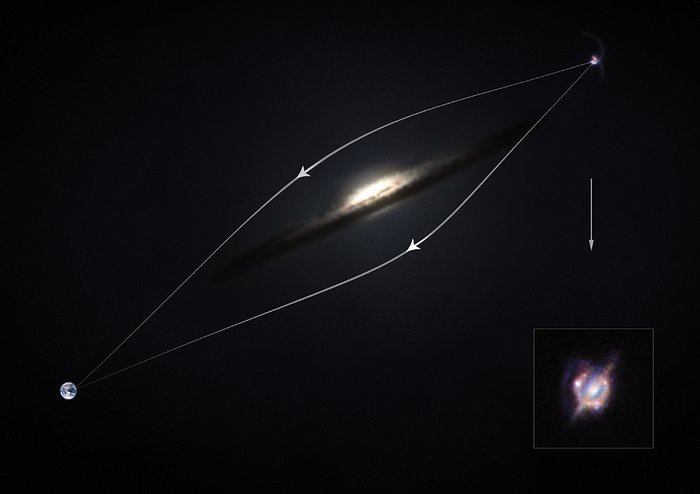 Einstein’s general theory of relativity predicts that objects deform spacetime, causing any light that passes by to be deflected. This effect is only noticeable for very massive objects. One result of this deformation of spacetime is that light from a distant source is deflected around a massive intervening object, such as a galaxy, making the distant source appear distorted, but brighter, forming characteristic rings of light, known as Einstein rings.