Wide-field view of the sky around Messier 33 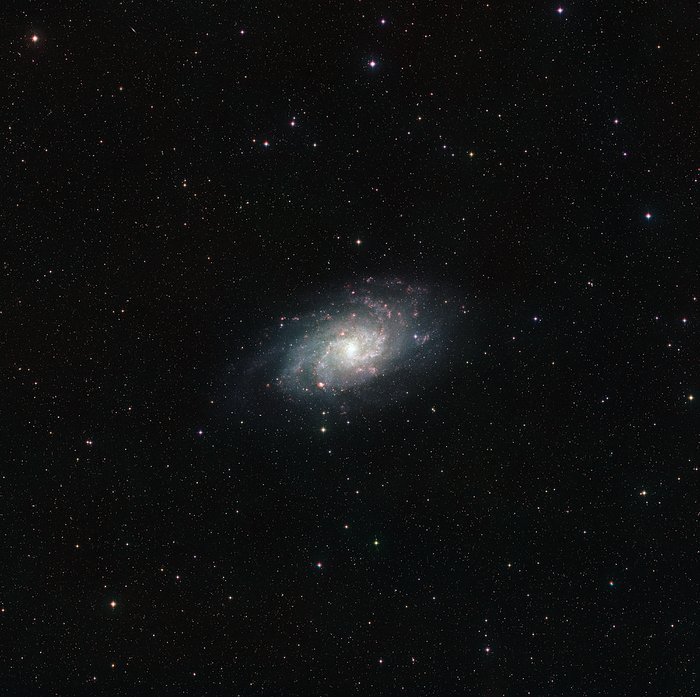 This wide field view of the sky around the nearby galaxy Messier 33 was assembled from images forming part of the Digitized Sky Survey 2. The original photographs were taken over a period spanning more than 40 years, from 1949 until the early 1990s. As a result some of the nearer stars in the picture have moved due to their significant proper motions. These show up as double dots — one red and one blue. The huge galaxy at the centre of the picture is tens or hundreds of thousands of times more distant than these nearby stars.