The final ALMA antenna is handed over to the observatory 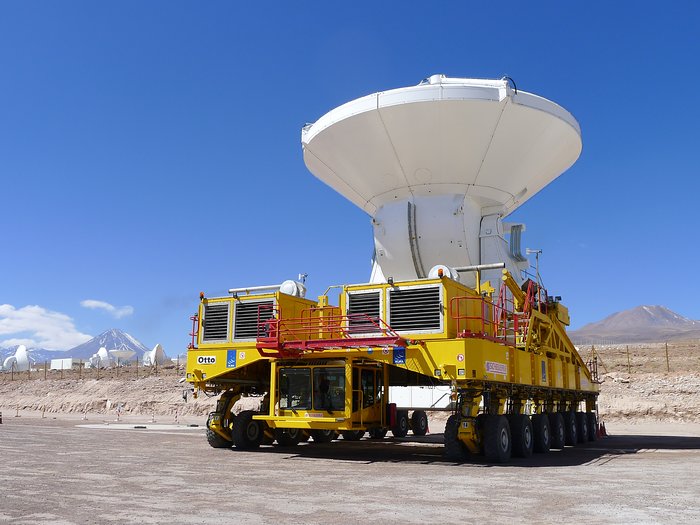 On 30 September 2013 the final ALMA antenna was handed over to the ALMA Observatory. This picture shows the antenna being moved on the giant transporter called Otto. The 12-metre-diameter dish was manufactured by the European AEM Consortium and also marks the successful delivery of a total of 25 European antennas — the largest ESO contract so far.