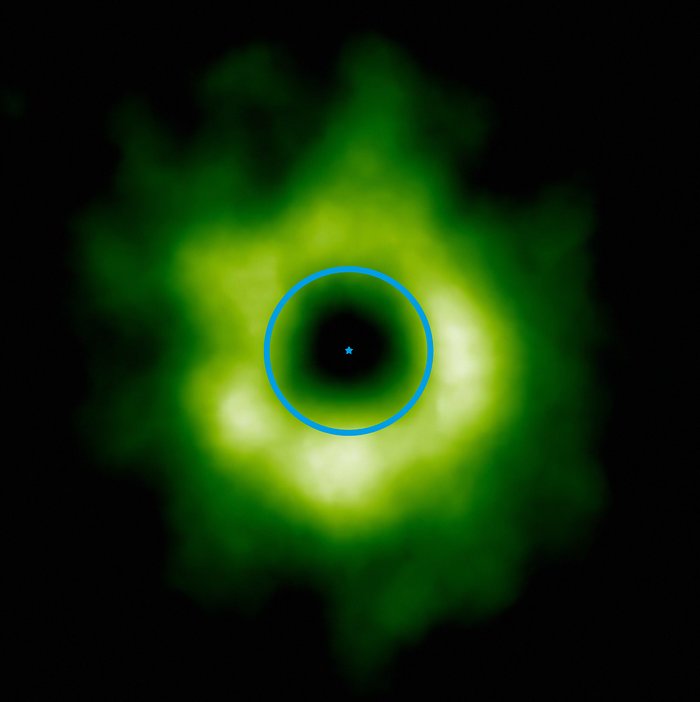 This image, taken from the ALMA observatory in Chile, shows the region (in green) where carbon monoxide snow has formed around the star TW Hydrae (indicated at centre). The blue circle represents where the orbit of Neptune would be when comparing it to the size of the Solar System. The transition to carbon monoxide ice could also mark the inner boundary of the region where smaller icy bodies like comets and dwarf planets like Pluto and Eris would form.