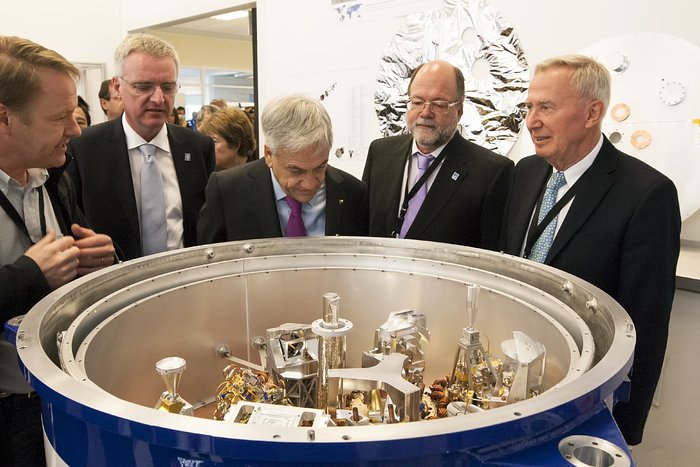 On 13 March 2013 the Atacama Large Millimeter/submillimeter Array (ALMA) was inaugurated at an official ceremony in the Chilean Andes, marking the completion of all the major systems of the giant telescope and the formal transition from a construction project to a fully fledged observatory.