VLT and Hubble images of the protoplanet system HD 100546 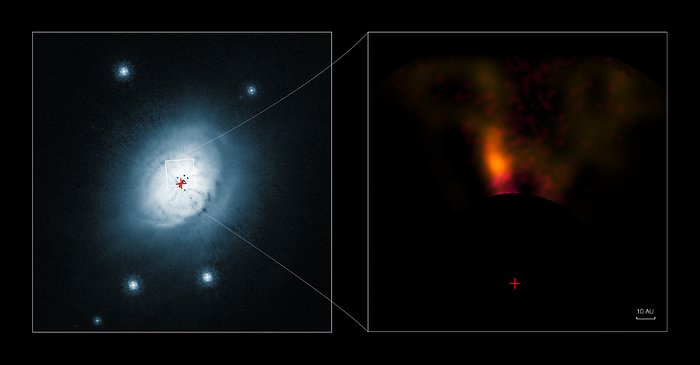 This composite image shows a view from the NASA/ESA Hubble Space Telescope (left) and from the NACO system on ESO’s Very Large Telescope (right) of the gas and dust around the young star HD 100546. The Hubble visible-light image shows the outer disc of gas and dust around the star. The new infrared VLT picture of a small part of the disc shows a candidate protoplanet. Both pictures were taken with a special coronagraph that suppresses the light from the brilliant star. The position of the star is marked with a red cross in both panels.