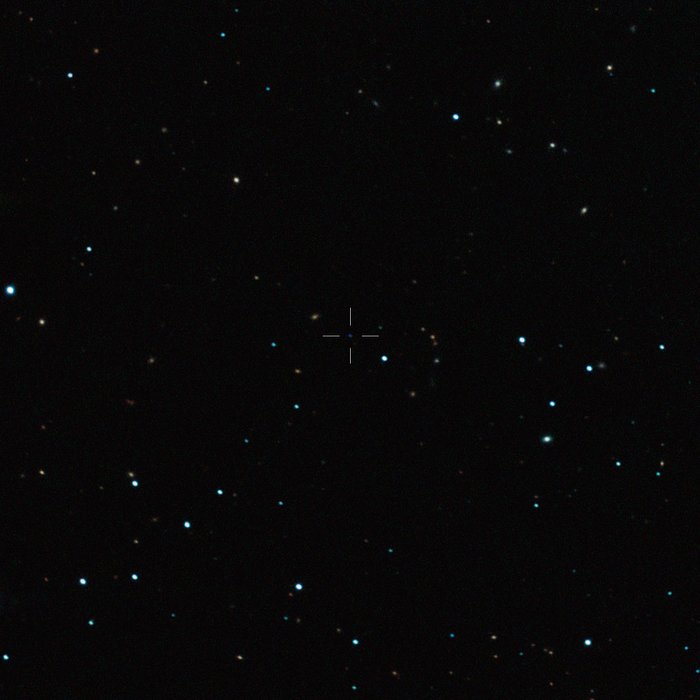 This image captured by the SOFI instrument on ESO’s New Technology Telescope at the La Silla Observatory shows the free-floating planet CFBDSIR J214947.2-040308.9 in infrared light. This object, which appears as a faint blue dot at the centre of the picture and is marked with a cross, is the closest such object to the Solar System. It does not orbit a star and hence does not shine by reflected light; the faint glow it emits can only be detected in infrared light. The object appears blueish in this near-infrared view because much of the light at longer infrared wavelengths is absorbed by methane and other molecules in the planet's atmosphere. In visible light the object is so cool that it would only shine dimly with a deep red colour when seen close-up.