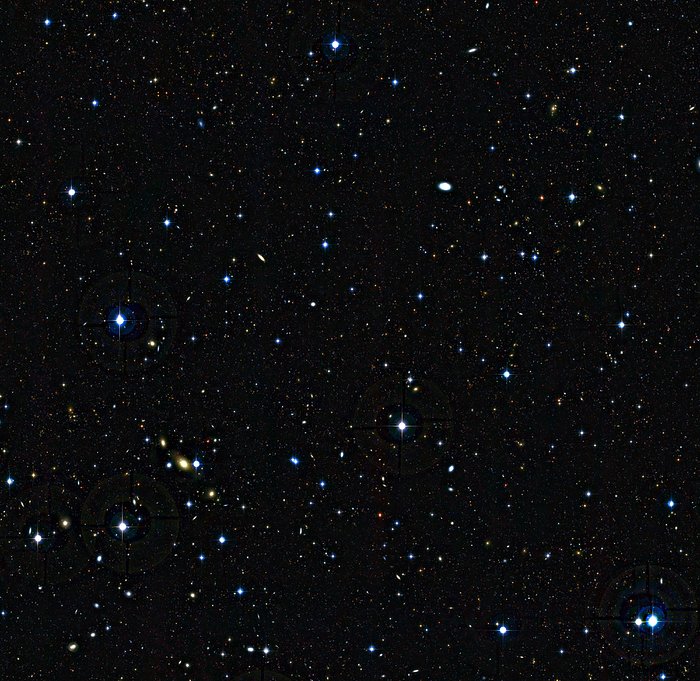 This deep view of a tiny patch of sky in the constellation of Cetus (The Sea Monster) shows a rich sea of galaxies at many different distances. A selection of these, seen as they were between three and five billion years after the Big Bang, was used in a new survey of the feeding habits of young galaxies as they grew through cosmic time that was made with ESO’s VLT and the SINFONI instrument.