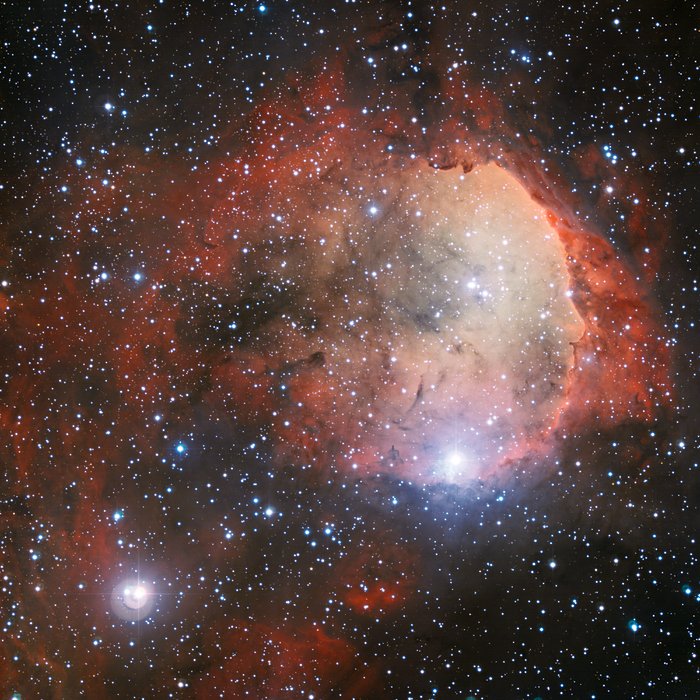 The Wide Field Imager on the MPG/ESO 2.2-metre telescope at the La Silla Observatory has imaged a region of star formation called NGC 3324. The intense radiation from several of NGC 3324's massive, blue-white stars has carved out a cavity in the surrounding gas and dust. The ultraviolet radiation from these young hot stars also cause the gas cloud to glow in rich colours.