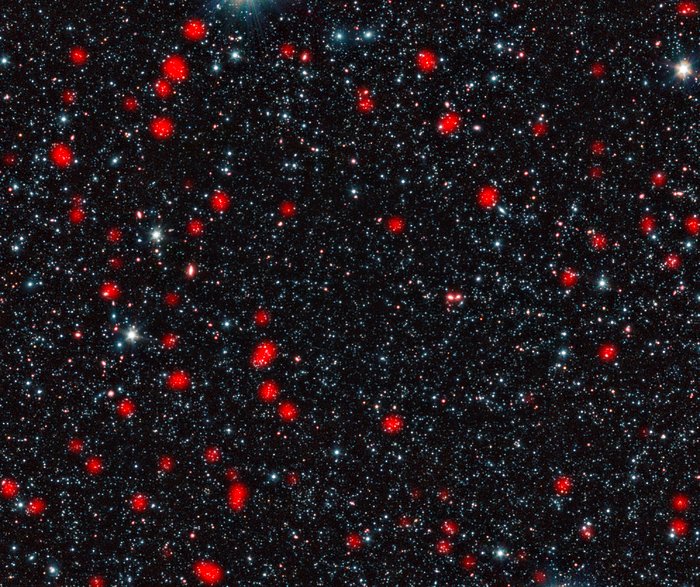 The LABOCA camera on the ESO-operated 12-metre Atacama Pathfinder Experiment (APEX) telescope reveals distant galaxies undergoing the most intense type of star formation activity known, called a starburst. This image shows these distant galaxies, found in a region of sky known as the Extended Chandra Deep Field South, in the constellation of Fornax (The Furnace). The galaxies seen by LABOCA are shown in red, overlaid on an infrared view of the region as seen by the IRAC camera on the Spitzer Space Telescope.

By studying how some of these distant starburst galaxies are clustered together, astronomers have found that they eventually become so-called giant elliptical galaxies — the most massive galaxies in today’s Universe.