The Milky Way over the Danish 1.54-metre telescope at La Silla 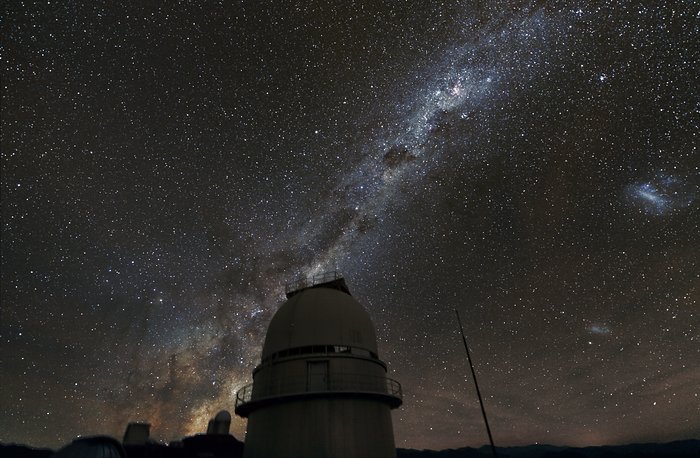 The Milky Way above the dome of the Danish 1.54-metre telescope at ESO's La Silla Observatory in Chile. The central part of the Milky Way is visible behind the dome of the ESO 3.6-metre telescope in the distance. On the right the Magellanic Clouds can be seen. This telescope was a major contributor to the PLANET project to search for exoplanets using microlensing. The picture was taken using a normal digital camera with a total exposure time of 15 minutes.