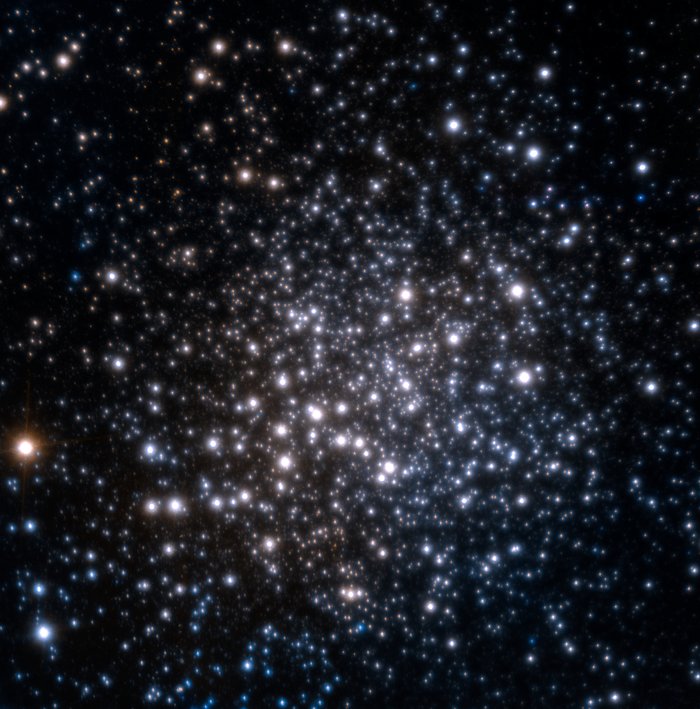 Peering through the thick dust clouds of our galaxy's central parts (the "bulge") with an amazing amount of detail, a team of astronomers has revealed an unusual mix of stars in the stellar grouping known as Terzan 5. Never observed anywhere in the bulge before, this peculiar cocktail of stars suggests that Terzan 5 is in fact one of the bulge's primordial building blocks, most likely the relic of a dwarf galaxy that merged with the Milky Way during its very early days.

This near-infrared image was obtained with the Multi-conjugate Adaptive Optics Demonstrator (MAD) instrument on ESO's Very Large Telescope. Observations in two bands (J and K) were combined. The field of view is 40 arcseconds across.