A 3D view of remote galaxies 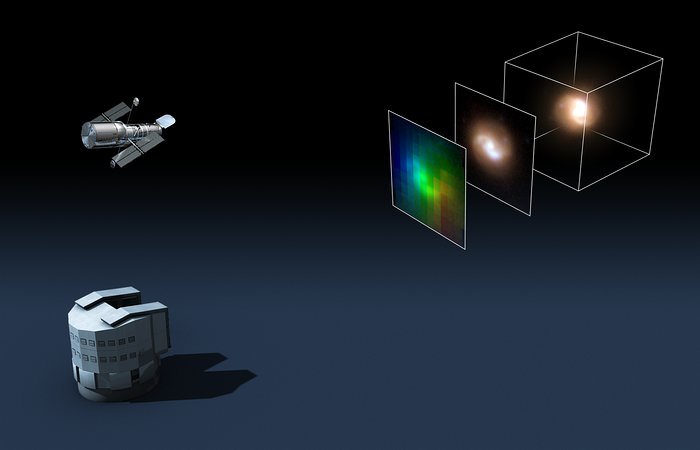 Combining the twin strengths of the NASA/ESA Hubble Space Telescope’s acute eye, and the capacity of ESO’s Very Large Telescope (VLT) to probe the motions of gas in tiny objects. Astronomers have obtained exceptional 3D views of distant galaxies, seen when the Universe was half its current age. The VLT’s FLAMES/GIRAFFE spectrograph resolve the motions of the gas in these distant galaxies by measuring the velocity of the gas at various locations in these objects. This diagramme illustrates this by showing a sketch of a remote galaxy (in the box), how Hubble sees it (middle panel) and the gas motion measured with the VLT (left panel). In the latter, parts which are red are moving away from us, while those that are blue are moving towards us.