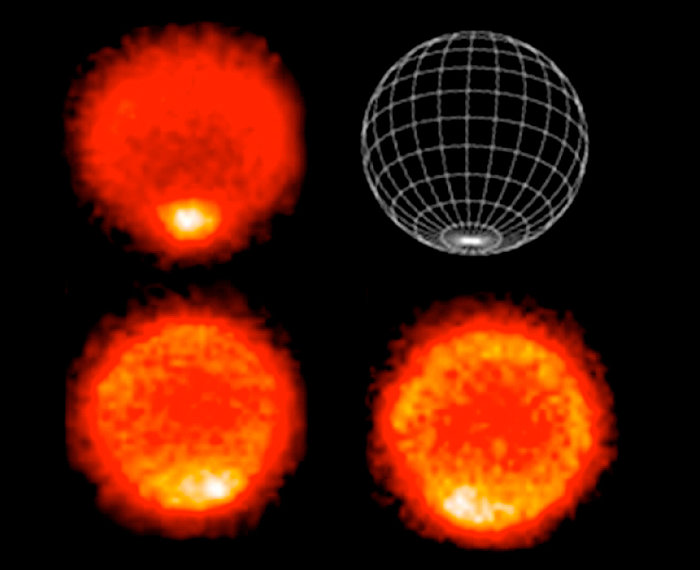 Thermal images of planet Neptune taken with VISIR on ESO's Very Large Telescope, obtained on 1 and 2 September 2006. These thermal images show a 'hot' south pole on Neptune. These warmer temperatures provide an avenue for methane to escape out of the deep atmosphere. Scientists say Neptune's south pole is 'hotter' than anywhere else on the planet by about 10°C. The average temperature on Neptune is about minus 200 degrees Celsius. The upper left image samples temperatures near the top of Neptune's troposphere (near 100 mbar pressure). The hottest temperatures are located at the lower part of the image at Neptune's south pole (see the graphic at the upper right). The lower two images, taken 6.3 hours apart, sample temperatures at higher altitudes in Neptune's stratosphere. They do show generally warmer temperatures near, but not at, the south pole. In addition they show a warm area which can be seen in the lower left image and rotated completely around the planet in the lower right image.