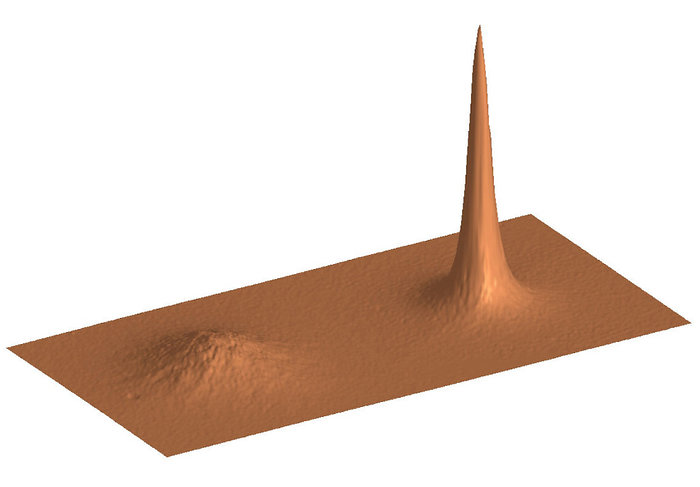 This 3-D plot demonstrates the correction performance of MACAO-VLTI when using a faint guide star. The observed star (HIC 74324 (stellar spectral type G0 and visual magnitude 9.4) was artificially dimmed by a neutral optical filter to visual magnitude 16.5. The observation was carried out in 0.55 arcsec seeing and with a rather short atmospheric correlation time of 3 milliseconds at visible wavelengths. The Strehl ratio in the 25-second K-band exposure is about 10% and the FWHM is 0.14 arcseconds. The uncorrected image is shown to the left for comparison. The improvement is again impressive, even for a star as faint as this, indicating that guide stars of this magnitude are feasible during future observations.