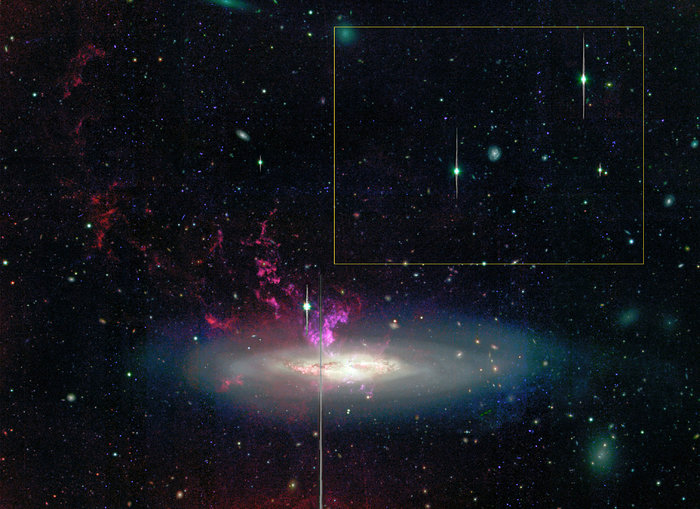 This image shows the general location of the newly discovered compact HII region with respect to a previously published Subaru Suprime-Cam image of NGC 4388. The image combines H-alpha narrow-band (hydrogen), O[III] narrow-band (oxygen), and broad-band optical V-band data. The extended pink filamentary structure in this image is due to gas ionized by the radiation from the nucleus of the galaxy. The vertical lines are caused by detector saturation of bright objects. The field of view is 11.6 x 5.0 arcmin2.