Interferometric fringes of the star GJ 887 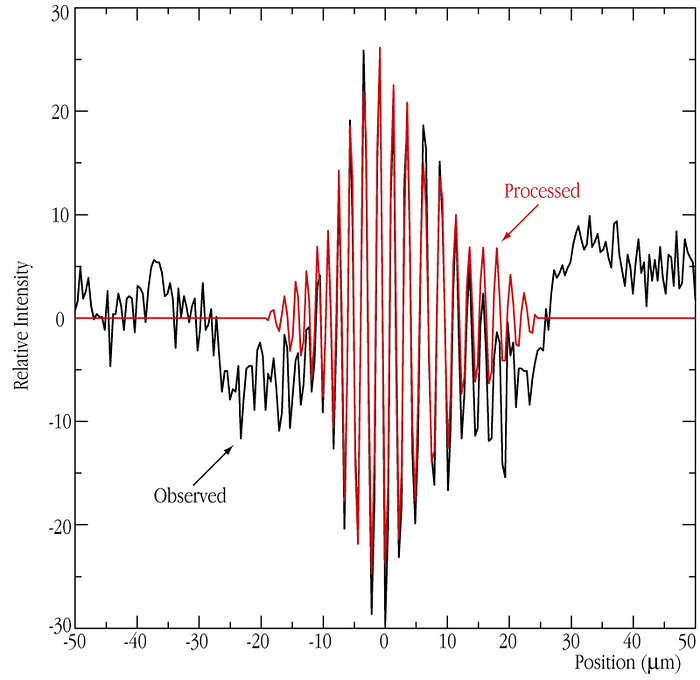 Optical long baseline interferometers do not produce images but interference patterns. The amplitude and the position of the fringe pattern is related to the shape of the observed astrophysical object. This information is "corrupted" by the turbulence in the Earth''s atmosphere and it is a difficult task to distinguish astrophysical information from the atmospheric perturbation. A new, powerful technique based on wavelet analysis was developed by a group of astronomers and now allows to remove this "atmospheric noise" from the data. For illustration, the black curve represents a "raw" fringe pattern obtained on the low-mass star GJ 887 (i.e., as it is recorded and still corrupted by the atmosphere), while the red curve represents the same fringe pattern after most of the signal noise has been removed.