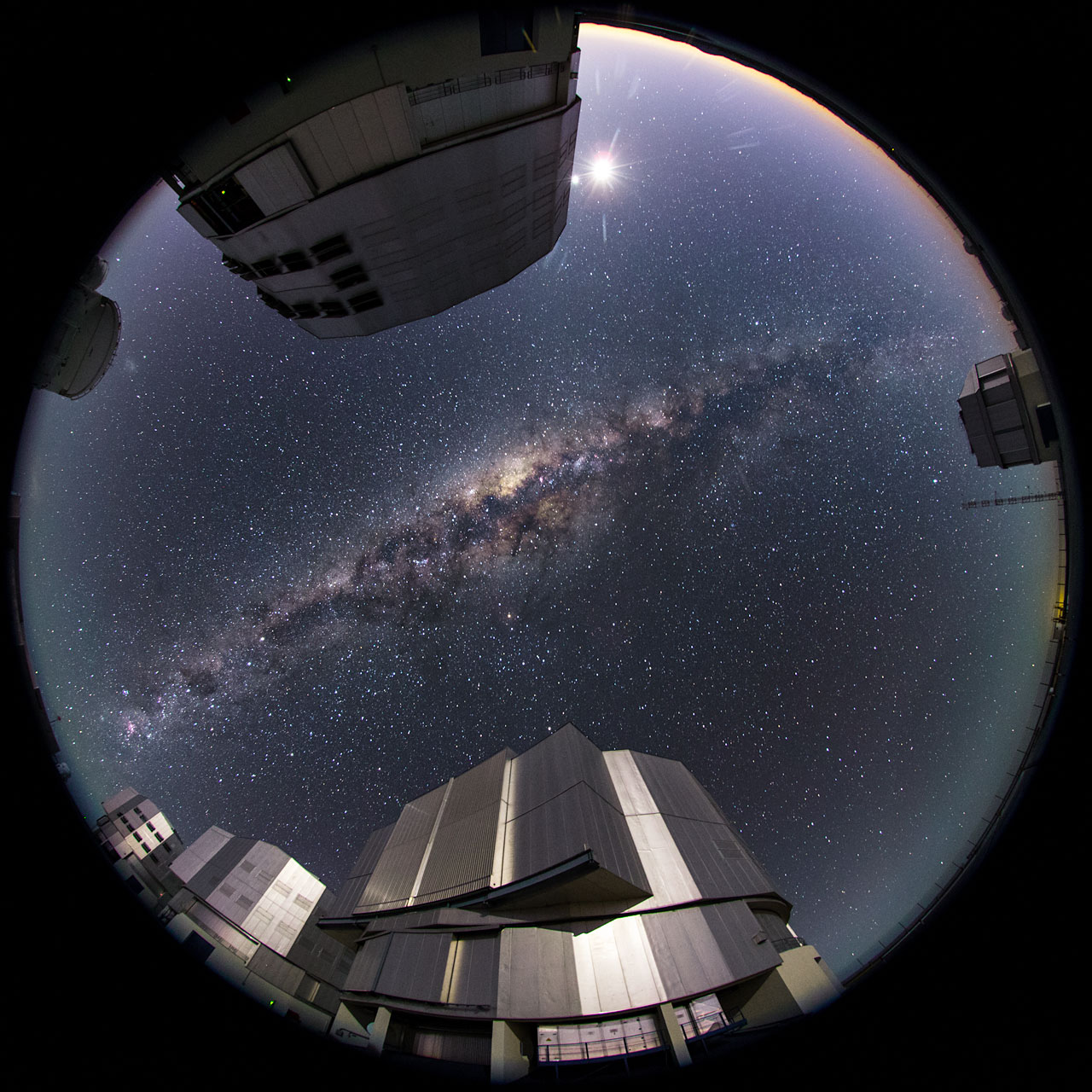 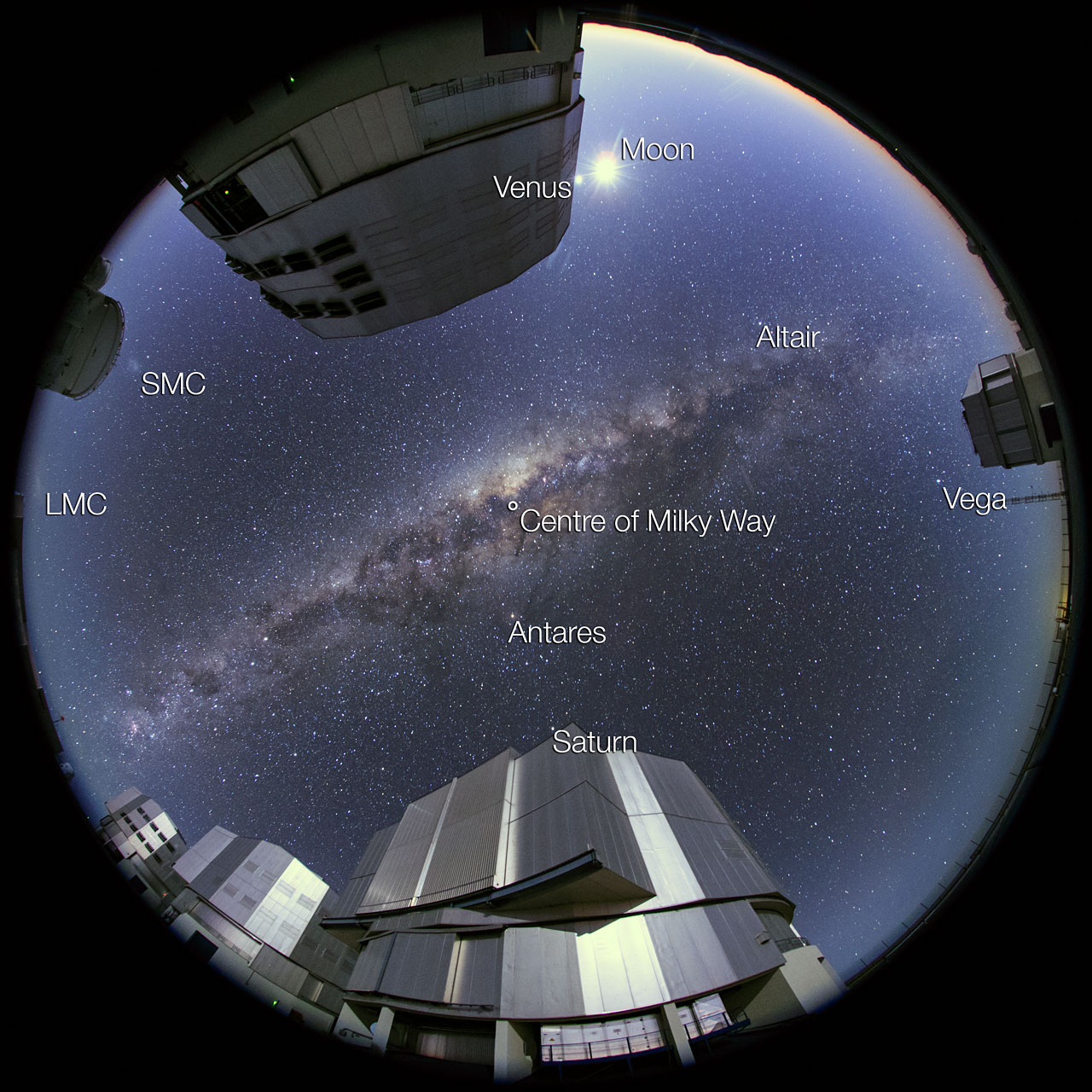 This photo, taken at ESO's Paranal Observatory, is the first photograph from the ESO Ultra HD Expedition — a pioneering journey currently being undertaken by four world-renowned videographers and ESO Photo Ambassadors [1]. Equipped with state-of-the-art Ultra HD tools [2][3], the team are capturing ESO’s three unique observing sites in Chile in all their grandeur, while documenting their journey and escapades in a blog.

The four Unit Telescopes — Antu, Kueyen, Melipal and Yepun — one of the Auxiliary Telescopes of the Very Large Telescope (VLT) and the VLT Survey Telescope (VST), are captured from an unusual perspective in this image. Taken using a fisheye lens, this photography technique produces a 360° view of the location — creating an immersive Paranal world with the swirling Milky Way at the centre of it.

Distant cosmic gems are seen scattered above the VLT — speckling the sapphire shades of the night sky. Near the top of the image, the Moon and Venus sit side-by-side, beaming brightly along with Saturn (just above the dome towards the bottom of the picture) as they align beautifully across the line of the ecliptic. Antares, Vega and Altair — some of the brighter stars in the sky are also visible [4]. Two irregular dwarf galaxies which are neighbours of the Milky Way, known as the Small and Large Magellanic Clouds, can be seen glowing faintly to the left, near the Auxiliary Telescope. The fulldome footage gained from the fisheye lens during the expedition will soon be distributed for free for use in planetarium shows (such as those in the upcoming ESO Supernova facility from 2017).

The expedition began in Santiago, Chile, on 25 March 2014. The following day the team set off for their first observatory stop: ESO’s Paranal Observatory, where this image was taken on 26 March 2014. Here they will spend the next few days shooting time-lapse stills, videos and panoramas of Paranal — home to ESO’s flagship facility the Very Large Telescope — before moving onwards to snap the Atacama Large Millimeter/submillimeter Array (ALMA) and the La Silla Observatory, returning to Europe on 8 April.

[1] The team is made up of ESO’s videographer Herbert Zodet, and three ESO Photo Ambassadors: Yuri Beletsky, Christoph Malin and Babak Tafreshi. Information on the expedition’s technology partners can be found here.

[4] The labelled version of this image illustrates the planets and stars that can be spotted in the night sky. 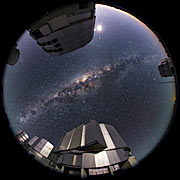 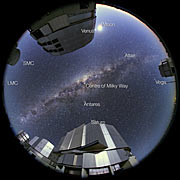