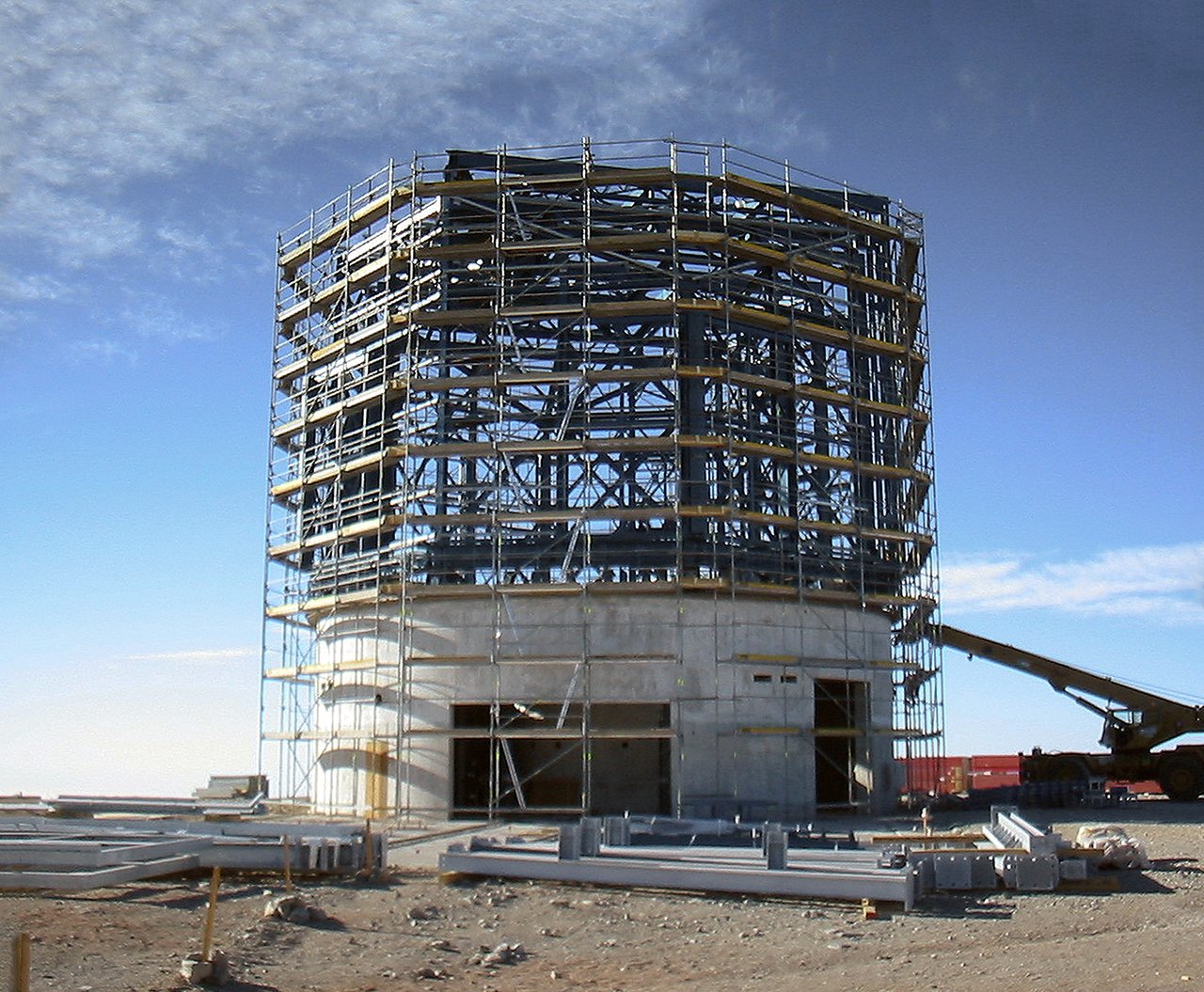 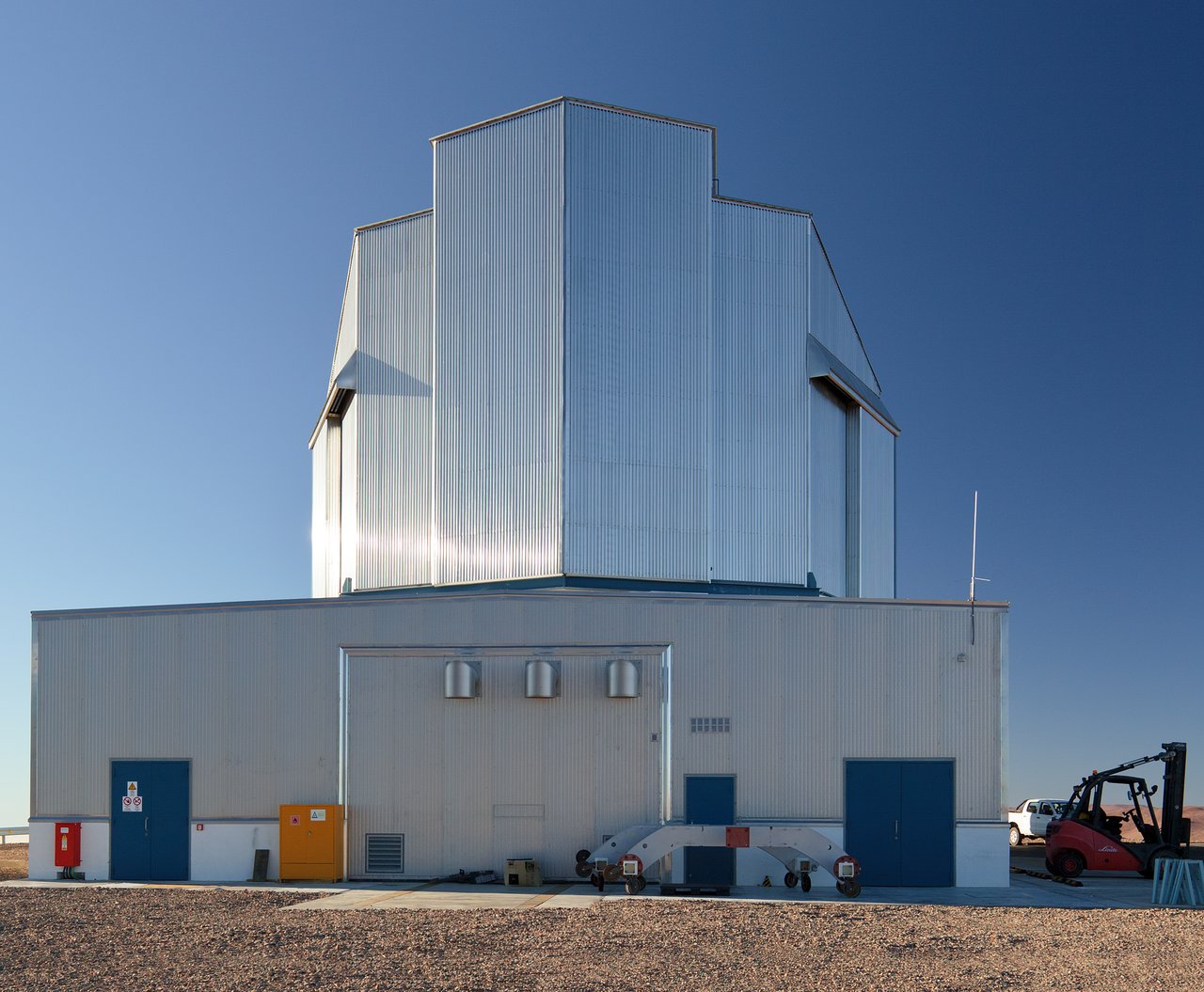 Since December 2009 the Visible and Infrared Survey Telescope for Astronomy (VISTA) has been mapping the southern sky from ESO’s Paranal Observatory in Chile. Our pair of photographs this month shows the VISTA telescope, during construction and in the present day.

The historical image, taken in mid-to-late 2004, shows the telescope’s building under construction. The skeleton of the telescope enclosure is visible on its circular base, surrounded by a temporary cage of scaffolding. VISTA sits on a peak about 1500 metres northeast of Cerro Paranal, the site of ESO’s Very Large Telescope. This peak was lowered by five metres to a height of 2518 metres, creating a 4000-square-metre platform for the necessary construction work.

The present-day picture shows the completed VISTA telescope. The telescope’s enclosure is a 20-metre-diameter building which protects the telescope from the environment. Two sliding doors form the slit through which the telescope observes, and a wind screen can be deployed to close part of the slit when needed. Additional doors in the enclosure provide ventilation to control airflow during the night. An auxiliary building, adjacent to the enclosure and visible in the foreground, contains maintenance equipment and a coating plant which is used to apply the thin reflective coating of silver to the telescope’s mirrors.

VISTA was conceived and developed by a consortium of 18 universities in the United Kingdom, led by Queen Mary, University of London and became an in-kind contribution to ESO as part of the UK's accession agreement. Project management for the telescope design and construction was undertaken by the Science and Technology Facilities Council‘s UK Astronomy Technology Centre (STFC, UK ATC).