A Drive Through Time — How telescopes, and cars, have changed at La Silla 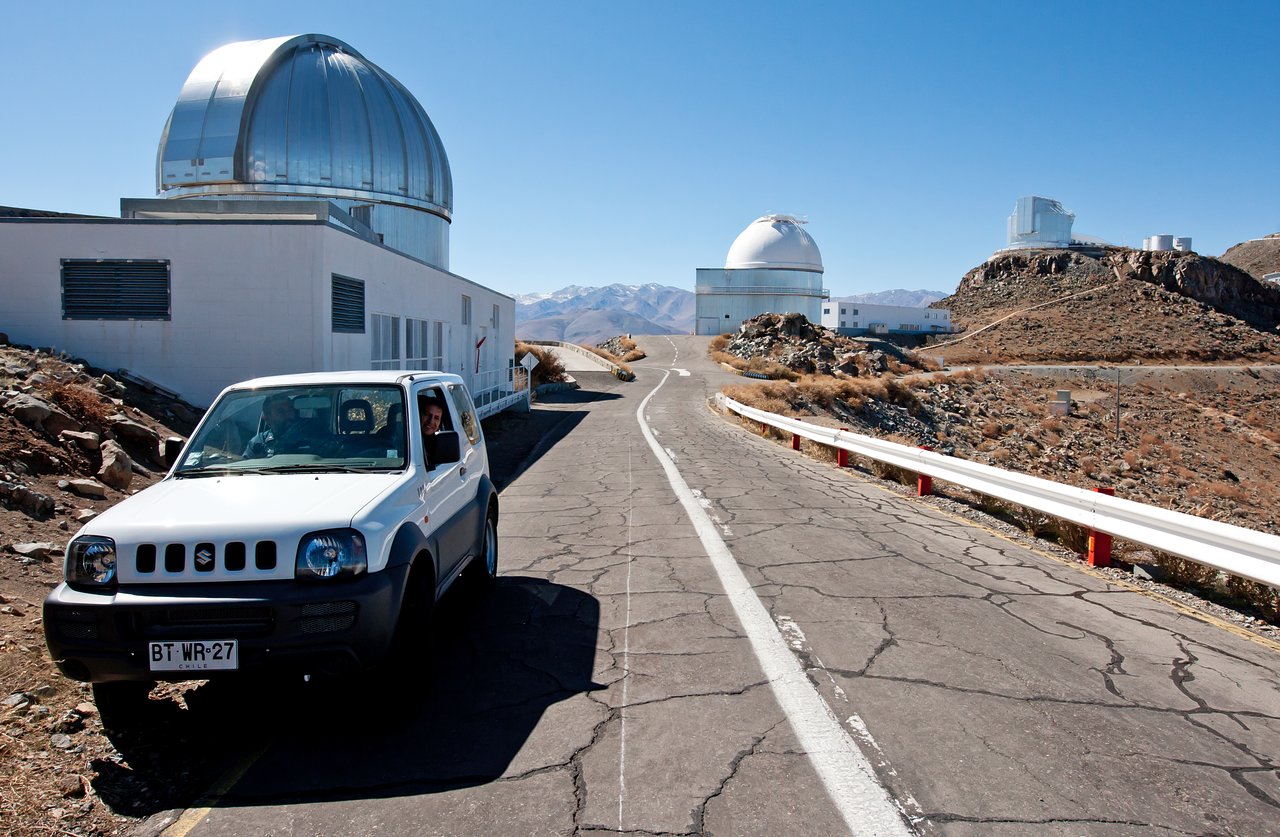 ESO turns fifty this year, and to celebrate this important anniversary, we are showing you glimpses into its history. Once a month during 2012, a special “Then and Now” comparison Picture of the Week shows how things have changed over the decades at the La Silla and Paranal observatory sites, the ESO offices in Santiago de Chile, and the Headquarters in Garching bei München, Germany.

These two photographs show the La Silla Observatory in the late 1960s and the present day. You can also examine the differences between the two photographs with our mouseover comparison. The telescopes aren’t the only things that have changed; the cars in the photos also show the passing of time. The Volkswagen 1600 Variant in the first picture has been replaced in the second picture by a Suzuki 4WD. Nowadays, all ESO vehicles on La Silla are white, to improve visibility at night.

Standing alone in the centre of the historical image is the ESO 1-metre Schmidt telescope, which began work in 1971. Back then, it used photographic plates to take wide-field images of the southern sky four degrees across — large enough to fit the full Moon 64 times over. The huts lining the road to the right of the image are where astronomers used to sleep.

Fast forward to 2011 and another two telescopes appear. On the left is the MPG/ESO 2.2-metre telescope, which has been in operation since 1984. In fact, its construction is why the modern-day photograph could not be taken from exactly the same place! On the peak to the right is the New Technology Telescope (NTT) commissioned later in 1989. Both these telescopes have had enormous successes over the years and are still in operation today. And the huts for the astronomers have in the meantime been replaced with a more comfortable “hotel” on the edge of the site.

As for the Schmidt telescope, still standing in the middle, its original photographic camera was decommissioned in December 1998, but it lives on as a project telescope. It is being used to conduct the LaSilla–QUEST Variability survey: a search for so-called transient objects in the southern sky, such as new Pluto-sized dwarf planets, or supernovae. Its new camera has a mosaic of 112 CCDs, with a total of 160 million pixels — an excellent example of how modern technology can give an old telescope a new lease of life!

PR Image potw1206b
A drive through time — How telescopes, and cars, have changed at La Silla (historical image)

PR Image potw1206c
A drive through time — How telescopes, and cars, have changed at La Silla (present-day image)
Send us your comments!
Subscribe to receive news from ESO in your language
Accelerated by CDN77
Terms & Conditions