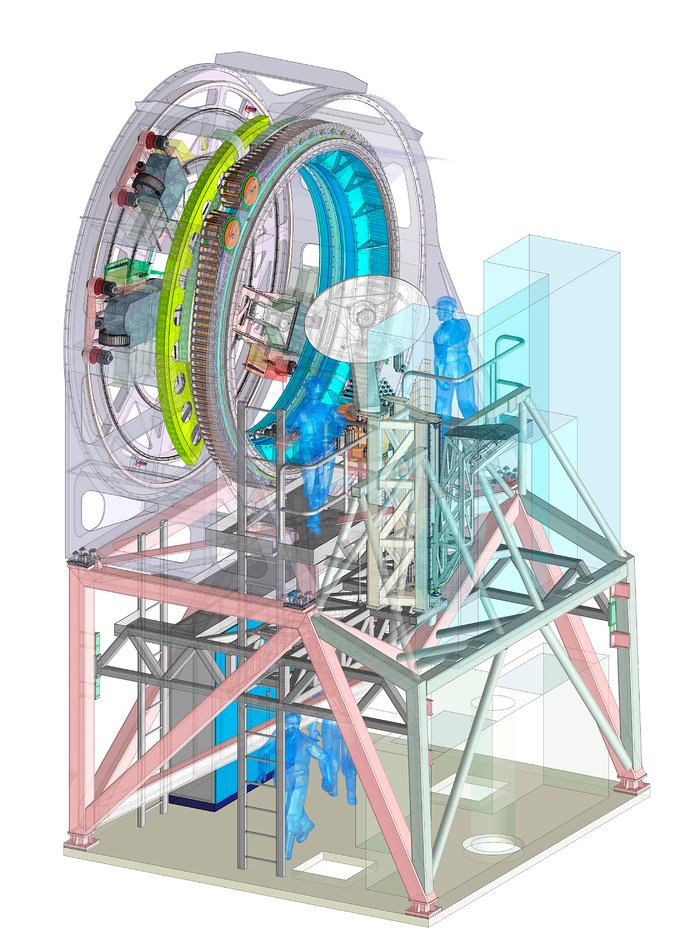 In March 2018 ESO signed a contract with the Spanish company IDOM for the production of a major new component of ESO’s Extremely Large Telescope. The Prefocal Station A Main System will direct the light collected by the telescope’s huge optical system into science instruments and other test equipment. The  Prefocal Station also contains parts of the active optics system of the telescope.