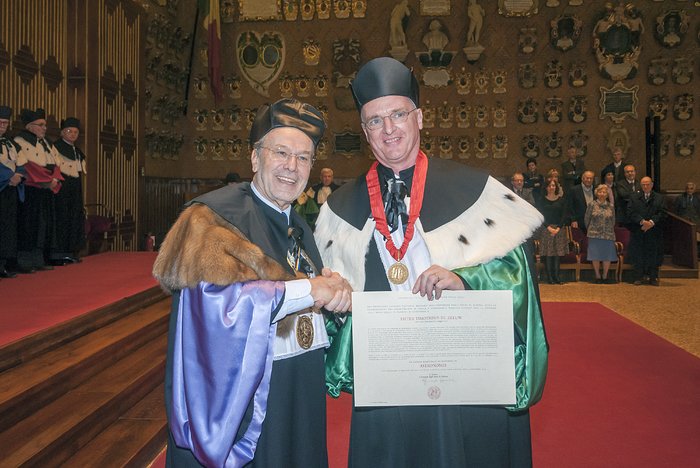 On 24 November 2014, ESO’s Director General, Tim de Zeeuw (right) received an honorary degree in astronomy at a ceremony in the Aula Magna of the University of Padova in Italy. Tim de Zeeuw is an expert in the formation, structure and dynamics of galaxies including the Milky Way.

The Chancellor of the University of Padova, Giuseppe Zaccaria, appears on the left.