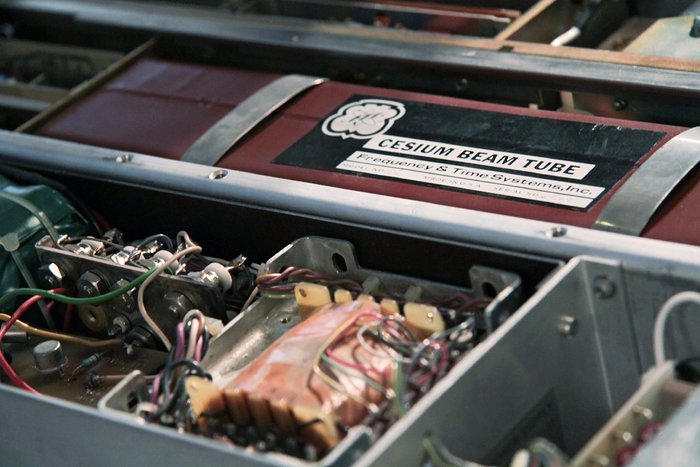 At a ceremony held on 14 Novermber 2013 at the La Moneda Palace, Sebastián Piñera, the President of Chile, received the first atomic clock used by ESO in Chile from Tim de Zeeuw, ESO Director General. This gift, a timepiece that was originally installed at ESO’s La Silla Observatory in 1975, was in gratitude for fifty years of successful collaboration between ESO and the host country.