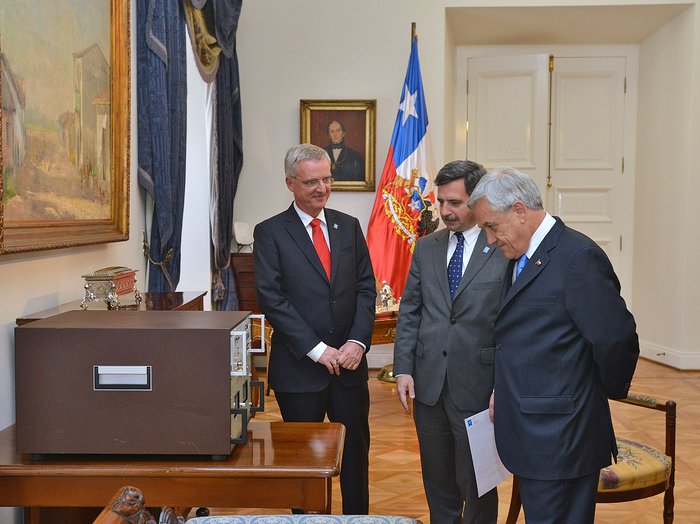 The picture shows, from left to right: the ESO Director General, Tim de Zeeuw, the ESO Representative in Chile, Fernando Comerón, and Sebastián Piñera, the President of Chile. The clock is on the table to the left.