An early concept design of the ERIS instrument 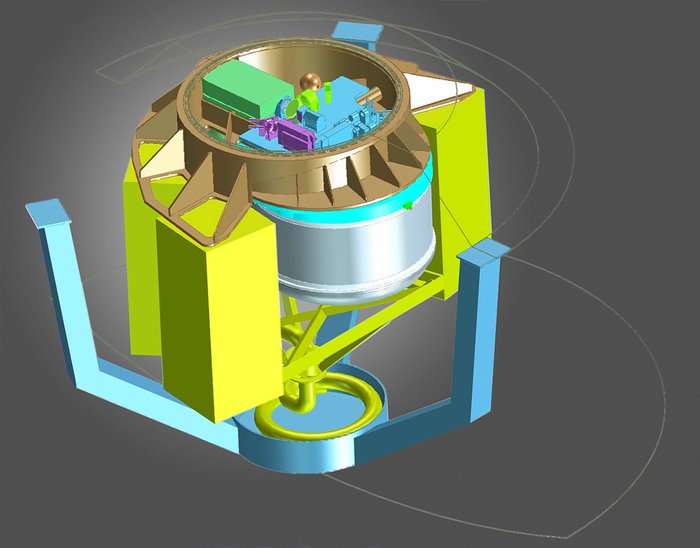 This drawing shows a concept design for the ERIS high-resolution camera and spectrograph for ESO's Very Large Telescope. ERIS — which will be active for at least ten years after it is installed — will benefit from the Adaptive Optics Facility that corrects for the blurring effects of the Earth's atmosphere. It aims to take the sharpest direct images so far obtained using a single 8-metre class telescope. ERIS is expected to see first light in late 2017 and will take over the role of the very successful NACO instrument, which is approaching the end of its life.