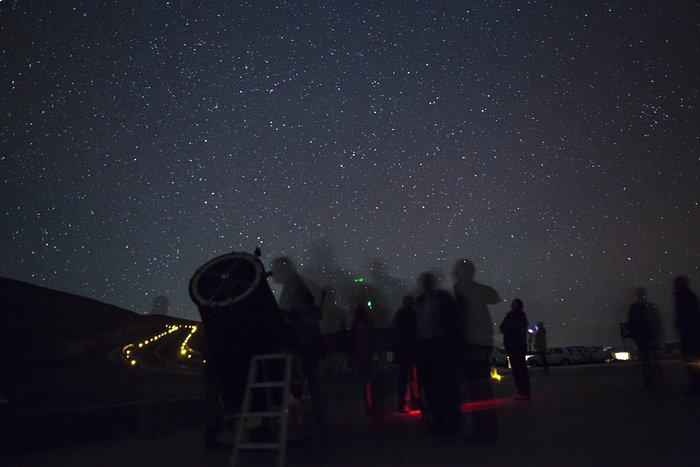 At night, the ministers took part in an informal star party with staff of the observatory, enjoying the view of some objects in the southern night sky through a large amateur telescope. This picture captures the observing activities against the spectacular night sky of Paranal.