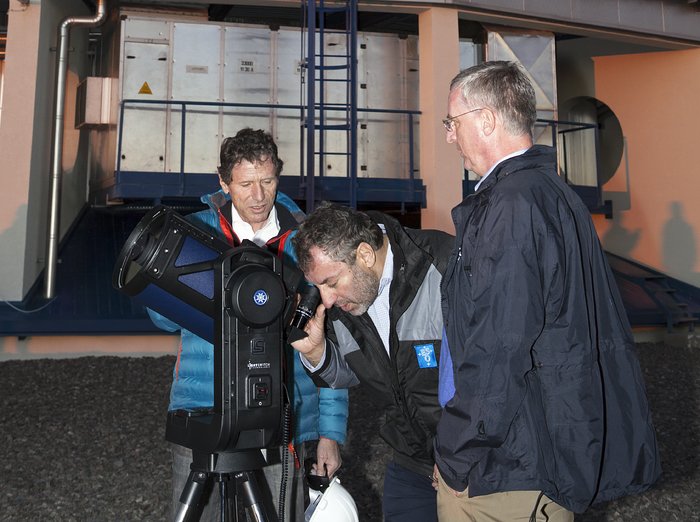 The Federal Minister for Science and Research of Austria, Karlheinz Töchterle (left), and the Minister for Science and Education of Portugal, Nuno Crato (middle), visited ESO’s Paranal Observatory on 15 March 2013, as part of their official visits to Chile. The ministers and their delegations were hosted by ESO's Director General, Tim de Zeeuw (right).

In this picture the ministers, along with ESO Director General, are observing the crescent Moon through a small amateur telescope. This picture was taken on the platform of the Very Large Telescope and one of the Unit Telescope domes is visible in the background.