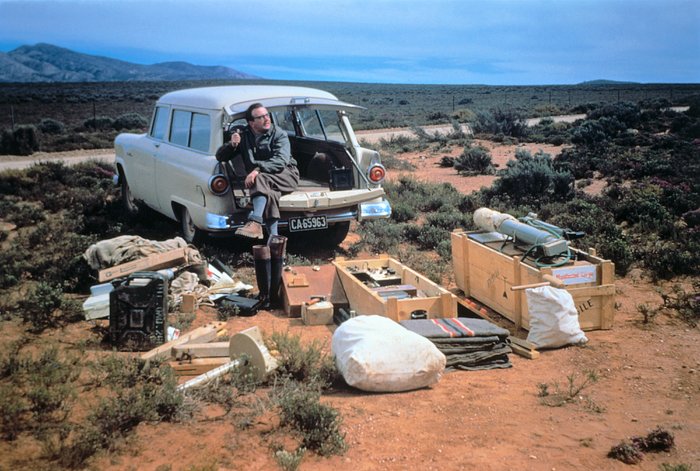 Early site testing in the Karoo Region. Between October 1955 and March 1957, first series of site tests were performed over a wide range or geographic latitudes in South Africa, gradually converging to the Karroo semi-desert region. This picture was taken by one of the principal participants of these site tests, J. Dommanget, and shows his collaborator J. Boulon, at Willowmore, with the equipment as it was moved between different observing sites.