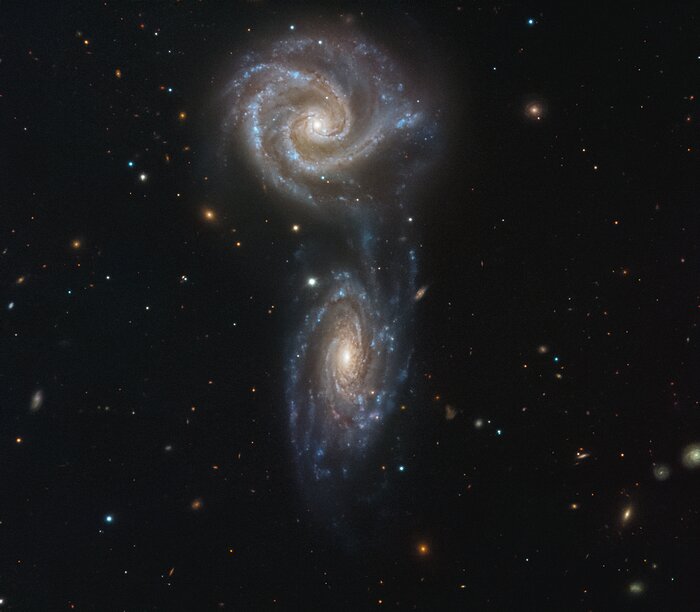 This image shows a pair of interacting galaxies known as Arp 271. Individually, these galaxies are named NGC 5426 and NGC 5427; both are spirals, and both are roughly the same size.

Some astronomers believe that these galaxies are in the process of merging to form a single entity. This interaction will create increasing numbers of new stars over the next few million years, some of which can be seen within the “bridge” of gas connecting the two galaxies. This kind of collision and interaction might also happen to our own galaxy, the Milky Way, which is likely to collide with the neighbouring Andromeda Galaxy in about five billion years time.

These galaxies lie over 120 million light years away from us, and were discovered by the German-British astronomer William Herschel in 1785. Herschel was a prolific scientist, also discovering both infrared radiation and the planet Uranus.