Artist’s impression of the surface of interstellar comet 2I/Borisov 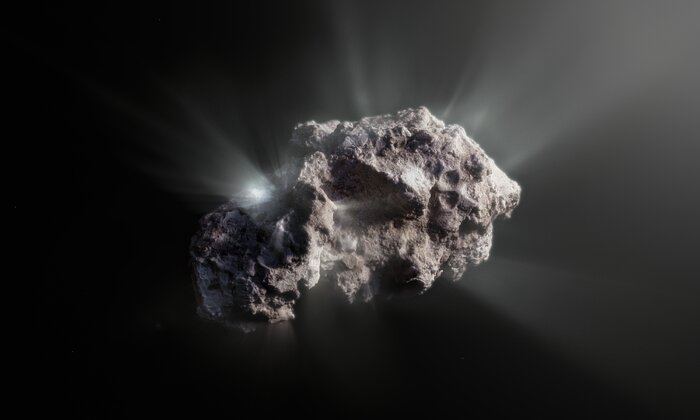 This image shows an artist’s impression of what the surface of the 2I/Borisov comet might look like.

2I/Borisov was a visitor from another planetary system that passed by our Sun in 2019, allowing astronomers a unique view of an interstellar comet. While telescopes on Earth and in space captured images of this comet, we don’t have any close-up observations of 2I/Borisov. It is therefore up to artists to create their own ideas of what the comet’s surface might look like, based on the scientific information we have about it.