A behemoth seen from above 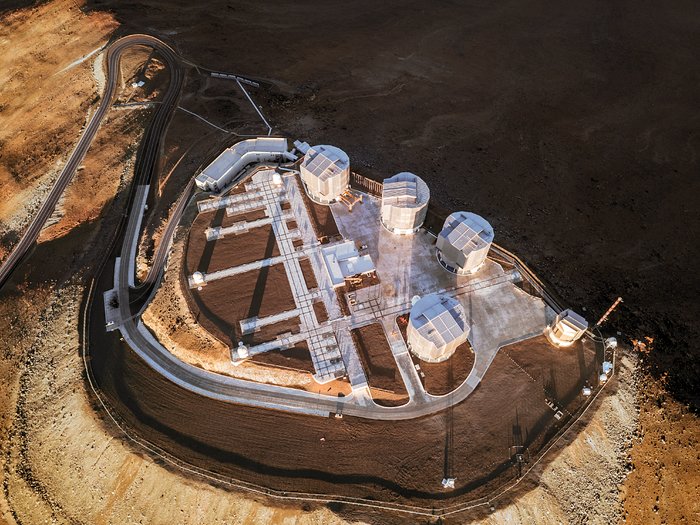 ESO’s Very Large Telescope (VLT) is one of the most advanced optical and infrared observatories in the world. This magnificent astronomical detective comprises an array of four individual Unit Telescopes — the large cylindrical domes visible in this image — each hosting a main mirror measuring 8.2 metres in diameter. It also includes four movable 1.8-metre diameter Auxiliary Telescopes — the, comparatively, small white, round domes seen to the left of the Unit Telescopes.

The VLT has contributed to groundbreaking observations and discoveries, including snapping the first image of an extrasolar planet and observing the visible counterpart to a gravitational wave source. In this picture, the telescopes are resting, their domed eyelids firmly closed as they slumber at ESO’s Paranal Observatory in Chile — but at night they will awaken to observe the Universe and make more fantastic discoveries.