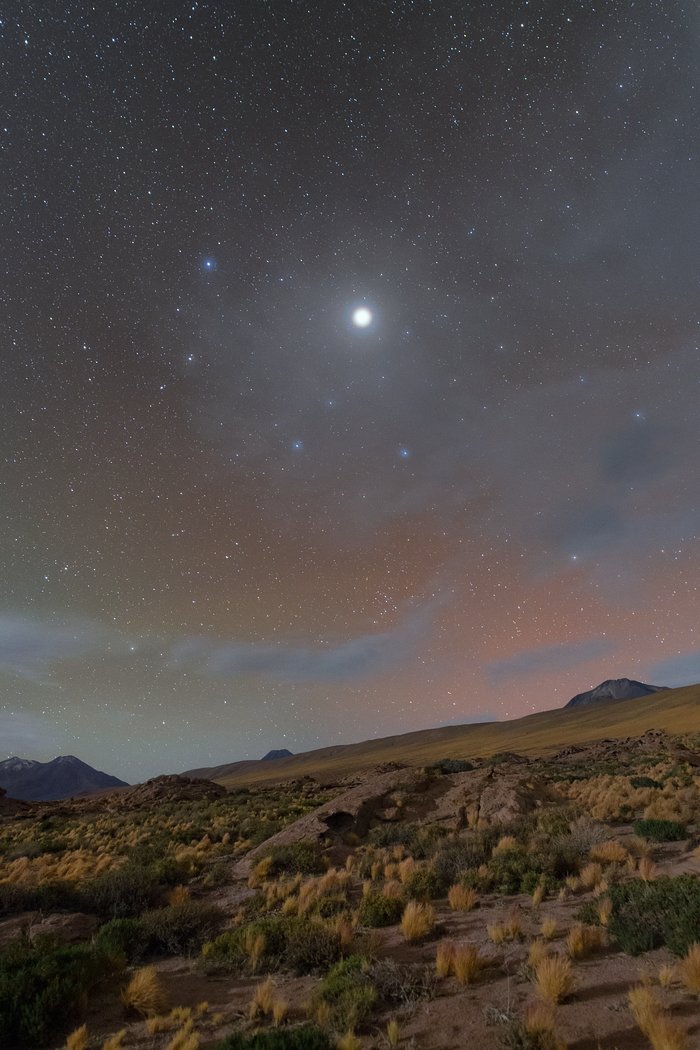 Stars are surrounded by something known as a corona — a diffuse aura of plasma that appears to surround them in the sky. For the Sun, we can best see this corona during a solar eclipse, when the Moon passes in front of the Sun and covers our star’s face. The solar corona then appears as a bright ring surrounding the eclipsed Sun. An image of the Sun’s corona as seen during a 1999 eclipse can be seen here.

However, there is also the optical phenomenon of a corona, caused by the diffraction of light from a bright object — such as the Sun, other stars, the Moon, and bright planets  — by water drops or ice crystals in the Earth’s atmosphere. This is occurring in this unusual image, where a rare corona of the planet Jupiter can be seen above the Atacama Desert in Chile. The beautiful red and green colours in the sky are due to atmospheric airglow, another light-related optical phenomenon. Airglow is explained in detail in this ESOcast.

This image was taken by Petr Horálek some 100 kilometres south of the Chajnantor Plateau, which is home to the Atacama Large Millimetre/submillimetre Array (ALMA).