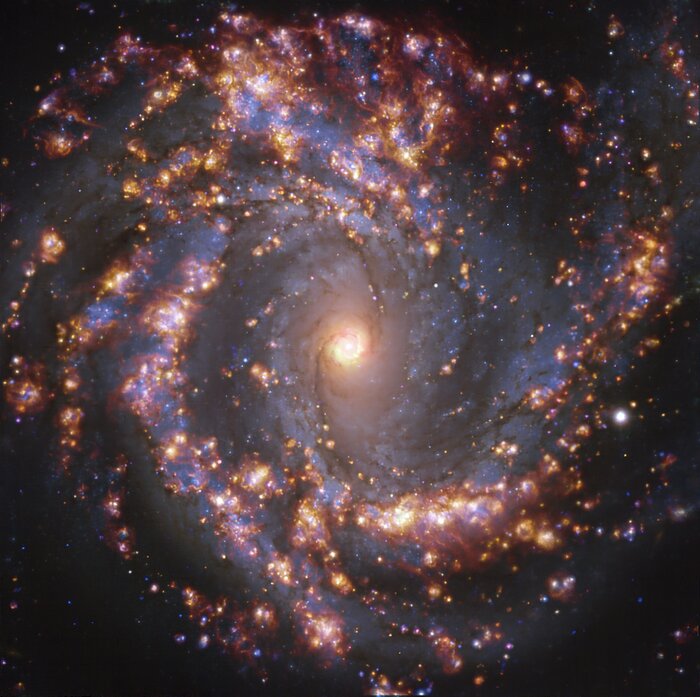 This image, taken by the Multi-Unit Spectroscopic Explorer (MUSE) on ESO’s Very Large Telescope (VLT), shows the nearby galaxy NGC 4303. NGC 4303 is a spiral galaxy, with a bar of stars and gas at its centre, located approximately 55 million light-years from Earth in the constellation Virgo. The image is an overlay of observations conducted at different wavelengths of light to map stellar populations and warm gas. The golden glows mainly correspond to clouds of ionised hydrogen, oxygen and sulphur gas, marking the presence of newly born stars, while the bluish regions in the background reveal the distribution of slightly older stars.

The image was taken as part of the Physics at High Angular resolution in Nearby GalaxieS (PHANGS) project, which is making high-resolution observations of nearby galaxies with telescopes operating across the electromagnetic spectrum